An age of reason

I'm sure you've heard about the recently placed '20-14 Georgia Guidestone Block'. Well, on the 25th of September is was removed and destroyed by an official from Elberton under the watchful eye of the Elbert County Sheriffs Department. A video of the removal was posted online and gave everyone a good look at the block from all sides. I'm sure that was not the outcome or publicity they were hoping for but the result has so far been many 'End is nigh' sandwich boards and a bizarrely interesting video by MrCati. I've tried very hard to watch and follow the video but alas, Mr Cati is either leaping too fast for me or jumping at shadows. Nothing against the dude but I'm really not yet sure which it is. It seems to me some of the conclusions are based on far more than the 'block' itself. Things I just don't know about or just don't see. It also seems apparent that the conclusion was going to be reached even if the 'block' had the golden arches on one side and a cock and balls on another. Actually, I suspect that may in fact have made the matter worse. We all know what you're up to Ronald, you prick!


Anyway, hold on to your seats!!! The Georgia Guidestones Documantary Movie is coming to a screen near you! Yep, I'm sure you know how I feel about kickstarters but it seems Mr Mike Reser funded most of this project himself and is using kickstarter to finish up. I'm really looking forward to this. There are not enough Mystery docos made nor art ones for that matter, but Mysterious art! The last good one I watched was Resurrect Dead so Reser has his work cut out for him. I just really hope the Georgia Guidestone Documentary has something to say rather than the usual New World Order ranting and tired Denver Airport links. Don't get me wrong, DIA is bizarre and I've no doubt some rich knobs think they control the world but not all roads lead to Rome and unless this yet to be realised documentary sheds some new findings on things, to me, the Guidestones are just a paranoid day-one bible. My fingers will remain crossed...

Posted by Barry John at 20:40 No comments: Links to this post

Email ThisBlogThis!Share to TwitterShare to FacebookShare to Pinterest
Labels: Documentaries

A book about death.

A book about death has now opened at The Royal Cambrian Academy. If you are looking for some thoughtful, life affirming and very personal art to enjoy, I suggest you pop along for a look. Let me know if you seen my submission on FB and I'll get a copy out to you.

Give someone you love a hug.

Posted by Barry John at 10:25 No comments: Links to this post

Email ThisBlogThis!Share to TwitterShare to FacebookShare to Pinterest
Labels: Exhibitions, My Art

There is a fifth dimension beyond that which is known to man.

One of my favourite subjects from my high school days was creative writing. Not that I did much of it as you might be able to tell but I dig trying to find interesting ways to describe things. Seems to me, convenient terms of reference served with a healthy dose of imagination and excitement can paint a picture far more accurately than plain speaking. I guess, these days Bukowski, Thompson, Lynch and Burroughs are kinda 'Old Guys' but I'd have thought, given the cyclic nature of human culture, our (re)-reinventing and the frail nature of celebrity disposition and its habit of being lost in time for the sake of a good tune. I'd have though their good works would leave some template, a lasting example. One to be learned from and stamped on our psyche. One to be built on whilst not forgetting on whose shoulders we stand but to be proud of, add to and in turn make us just a little better if not a little more human or even artistic. Nar.

Anyway, all good. I received a little feedback from my last few posts and it got me thinking. I do rant. That's kinda the point with this thing and I think that's the fun bit. I hope that comes across because, apart from the stuff I try to tell you I like, most of this is all bullshit. It's a laugh and an exercise for me while I explore the world I float around in. There is enough serious shit going on and I'm sure you get your share and do your learning and I'm not here to teach. I help where I can even if it's not enough for some but in here is the fun stuff. Art for me is about peace and soul. Maybe I don't make enough of that. I just don't know. Maybe my descriptions are too much icing and not enough cake. Maybe my writing is worse than I thought (although that would be amazingly bad. Huh!) I donno and none of that is gonna change is it and I don't mind, even as much as I try. I wonder if Facebook, with its quick response and sound bite conversations are all we can collectively handle now. I really hope that's not true but the evidence is stacking up. I know we all worry about the future as we grow and whose hands it may fall in. I also know that's been going on since day one so I'm not the dude who loses sleep over that stuff cause that's Nietzsche's monsters right there. I just hope that we will still taste the fancy cake, smell the pretty flower, read the books not on the top 20 shelf and the text, not just the headline.

So, to answer a couple of questions:

Do you worship Satan? - No.

Do you believe in Satan? - I'm Agnostic. 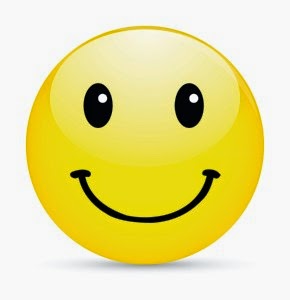 Posted by Barry John at 11:42 No comments: Links to this post

The Sewers of the Sacred - Mark Powell

If you are anything remotely like me you'll spend your life searching and absorbing art. Art that many people wouldn't recognise as art. Small minded people. The ones who get eaten first. The slimy ones, who rattle off pointless names of pop and atrophy. Well they are not here and if so you know where the door is. Thing is, it's a fucken tightrope in here. This is the ground of Roy Batty, Robert Johnson, Ensign Kiyoshi Ogawa, Shain Erin and Alexander fuck you McQueen. Obviously Erin is still alive as far as I know but that's the thing. This thing, this producing or more accurately, this scrying, is brutal. Batty said it best so I won't bore you. I don't mean that in a typecasting, whack you in a box thing but more a pay the bills and occasionally eat some beans on toast way. Folk need a wee break sometimes. Having blatant, haunting and sharp still lives, paused and naked on the wall or shelf can be tough to live with. I get that. My three story mansion in Florida is adorned simply with landscapes and prize winning Bull paintings to ensure real life, the sweaty life, keeps it's homeless distance. So here we are, out in the cold fringe of a fat stinking nest. Sitting in the ally behind a trendy club smoking a shit joint, laughing at the hook and I miss Mark Powell.

I stumbled across The Sewers of the Sacred in 2008/2009. Those years are a bit of a blur but it was something like that. Powell was a revelation to me. A dirty fist, a burned short black. Like a meat Lynch, Powell scratches the surface just enough to bare truth in it's potent stinking honesty topped with bad acid and the sound track of intentionally under produced black metal of the tinny kind.


His Dioramas speak for themselves so I'll shut the ranting and just post pictures. I should warn you though, Powell's site 'The Sewers of the Sacred' is gone. Long gone. I can't link to him and this is all the work I've managed to dig up from raving reviews of days passed. He used to be on beinArt but no longer. Type the name and you get some hits but I can't tell you if this is just a clever name or not. Fuck this war and it's casualties. It is forever and they are consistent. Like I said, Batty and others have well prophesied my heroes' durability but I think this is a prediction not a law.
I'll fire and medic where I can. Do not go gentle into that good night. Rage, rage against the dying of the light. Look after each other. You know who you are.

Posted by Barry John at 11:29 No comments: Links to this post

Posted by Barry John at 20:18 No comments: Links to this post

We can never see past the choices we don't understand. - The Oracle

I'm building a cigar box guitar at the moment just for a bit of fun and after a bit of toing and froing decided to go with the very heavy, very metal, very bad news Ouija scratch plate. I tried to find one big enough on the web to use but to no avail so it was a photoshop mission. I just thought someone else might run into the same issue so, if you need one for a non-commercial personal project please feel free to use this one under the creative commons licence.

This work is licensed under a Creative Commons Attribution-NonCommercial-ShareAlike 4.0 International License.
Posted by Barry John at 15:48 No comments: Links to this post