Click through to the OMOTE Vimeo page to learn more about this project.

Posted by Barry John at 19:23 No comments: Links to this post

Just a heads up. The new beinArt website is finally up. What a relief! It's seemed like forever. I've only managed a wee peek so far but will know doubt be knee deep asap. Enjoy.

Posted by Barry John at 19:54 No comments: Links to this post

Email ThisBlogThis!Share to TwitterShare to FacebookShare to Pinterest
Labels: Links

So after our stop at Hirst and the customary fridge magnet purchase it was time to make our way back through town. I'm inclined to walk up hills. The gods provide them often and I am just a man so we took the high road, left onto Capstone and up onto Fore Street. After a short stomp I was stopped in my tracks outside Jessica Dove Gallery by a collection of bronze figures.


Philip Wakeham lives and works in Devon. His career began in casting pewter and is now rooted firmly in bronze. Wakeham does all his own casting and his website states -  'Lost wax casting is intimately bound up with my creative process, and because I do my own casting I can use it as part of my creative process rather than just a means to reproduce originals.' I. Dig. That!


I've stolen these pictures from various places around the web as Mr Wakeham's web designer is smarter than I. It's a shame because these are the quality shots I could find but although the selection on his site is limited the photography is better. None the less I really can't tell you how impressive these are in the flesh.

Unfortunately the Jessica Dove Gallery (the link is the only one I could find for them) was closed so I was relegated to pressing my face upon the window Aphex Twin style, mouth open, chin damp, otherwise I might have came home with a piece. There's still time...
You can check out more of Wakeham's work here.


Posted by Barry John at 16:58 No comments: Links to this post 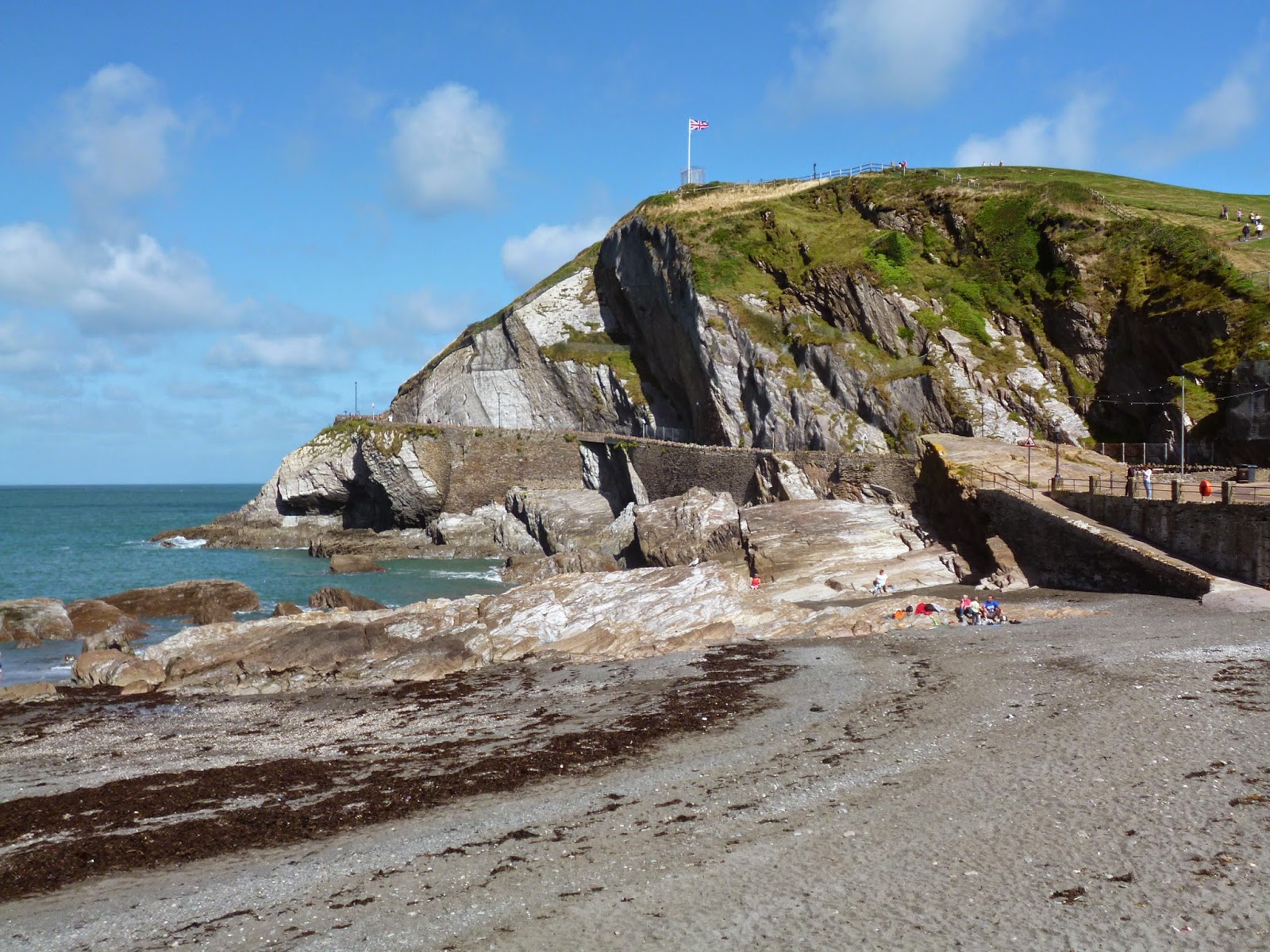 Ilfracombe is lost at the end of a two hour train and coach ride from my haunt. Beaten by the Bristol Channel it sits exposed, south of Swansea, on the crown of North Devon. Many similar sea side towns have a cliché habit of gracefully opening up, blooming at the final turn, laying bare it's skeletal structure and welcoming visitors in false modesty over the crest of one last hill. Not Ilfracombe. The road in keeps more secrets than a smugglers cave and the topography creates a maze, weaving its way throughout the buildings. Once you are on the main coastal street, parks and intersections tease and lead you from one false town centre to another. I like this. I like to have to look further. I like to explore, pay attention, look down alleyways. I like the challenge and right off the bat, two of the best vegetarian sausages were, on this day, my explorer's reward. I should have known then that the combe of Ilfra was a gift that would keep giving, but that was early.

Walking down Wilder Road is UK seaside anywhere, anytime but there is something in the air here. I think Devon has art for blood, internal, almost forgotten but like a distant relative, still blood. Maybe that is what the smell is. Blood and salt. I can't be sure but I don't think anyone here is. The Jamaican knick knack peddler isn't sure, neither is the town's token tie dyed Pagan but the thing is a blessing to them too and leaves them be. Strangely enough, for some reason I'm still not sure about, the corner of Wilder and St James Place for just an instant smacked me of Venice. Crazy eh! I'm smiling about it as I type but it is the god's honest truth. I have no idea why, nor would I expect the same feeling the next day but salt and blood maybe does that. So does stopping clocks and backwards smiles. Over the shoulder, corner of the eye stuff. Anyway, the last few tourist matadors armed with skulls, bb-guns and fridge magnets give way to one last restaurant and you are surveying Ilfracombe harbour.

Rumour has it Hirst lives (or in part) in Ilfracombe. Near Ilfracombe. If I had lent someone a 20m tall bronze I made I'd want to live close by too but then again I'm not Hirst. I suspect the deal is one of convenience for both parties. I find the post office a trial at times too.


Verity sits at the north east tip of the harbour quay looking out to sea. It's a strange position from a viewers perspective as a view is not one easy to acquire. I suspect Capstone Parade might be the go to for picturesque memories to print out and stash away but I wanted to inspect more than gaze.

Like anything worth gazing upon it took a few days to sink in. I have to say I quite like the piece and like all art I've put my own interpretation to it. The duel with the Angel of the North preventatively paints Verity as a pissing contest, especially when inspecting its suspicious proportions but calculating or not this battle could in fact be a clue, part of a story, as I see it. She thrusts her sword suspiciously high gaining even more height and justification standing on books of law. Her spawn sleeps and grows protected, in relative peace within her womb and rather than welding them solemnly, the scales of justice sling low, all but abandoned for her glamorous pose.

Verity could well be a giant middle finger sitting in Whitehall. Hirst's Madonna is a war loving bitch with pride as reason, inertia as motivation and the rushed, self absorbed interpretation of right as the blood pumping adrenalin needed to protect and provide for her kin. I honestly believe this work is far more subversive then many would give Hirst credit for. His cash is reason enough to cut him off at the legs. I have. I won't say I'm a convert but on Verity, I'm sold and she is to Hirst's credit. I look forward to see what else he can get away with with all that cash.

Posted by Barry John at 13:43 No comments: Links to this post