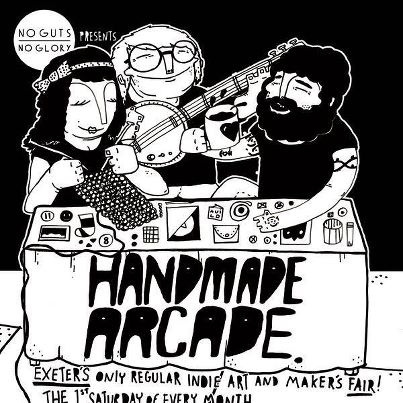 Only a few short days to go until the hustle 'n' bustle of Handmade Arcade cranks up once again Thanks to Hayley and Nathan of NGNGDesign. I'm really looking forward to getting back to Fore St and seeing what everyone has been up to over the last two months.

Coming from a very long line of "do it yourself"ers it's habit for me to walk streets and wonder what marvellously inventive things are going on behind the walls. Although I'm kinda use to meeting folk and expecting them to be up to some kind of "extra curricular activates" ;-) it never ceases to amaze me at the variety and to the extent some of these run. Handmade Arcade and anything like it are great places to have a wee peek into the creative lives of other folk and maybe even inspiration to take up a new hobby. They are proof that being interdependent and original are good things. They also show that people with different interests are really not that different at all and the most common coals of community, friendship and experience are shared by everyone.

I've been a lil slow on the up take but thanks to my friends over at Facebook I can tell you Abi and Leon of The Spirit Forge (facebook) will be there showing off their unique Wiccan goods as well as the ever bewildering work of glass artist Madeline Bunyan. I also have it on good authority that the ever growing and proud Exeter Local Records will also be slinging some tunes. That's all the goss' I've been able to pick up so far but rest assured there will be plenty more. Please take a few moments to check these good folk out and pop down on the 2nd of March to see many many more.

No rest for the wicked. 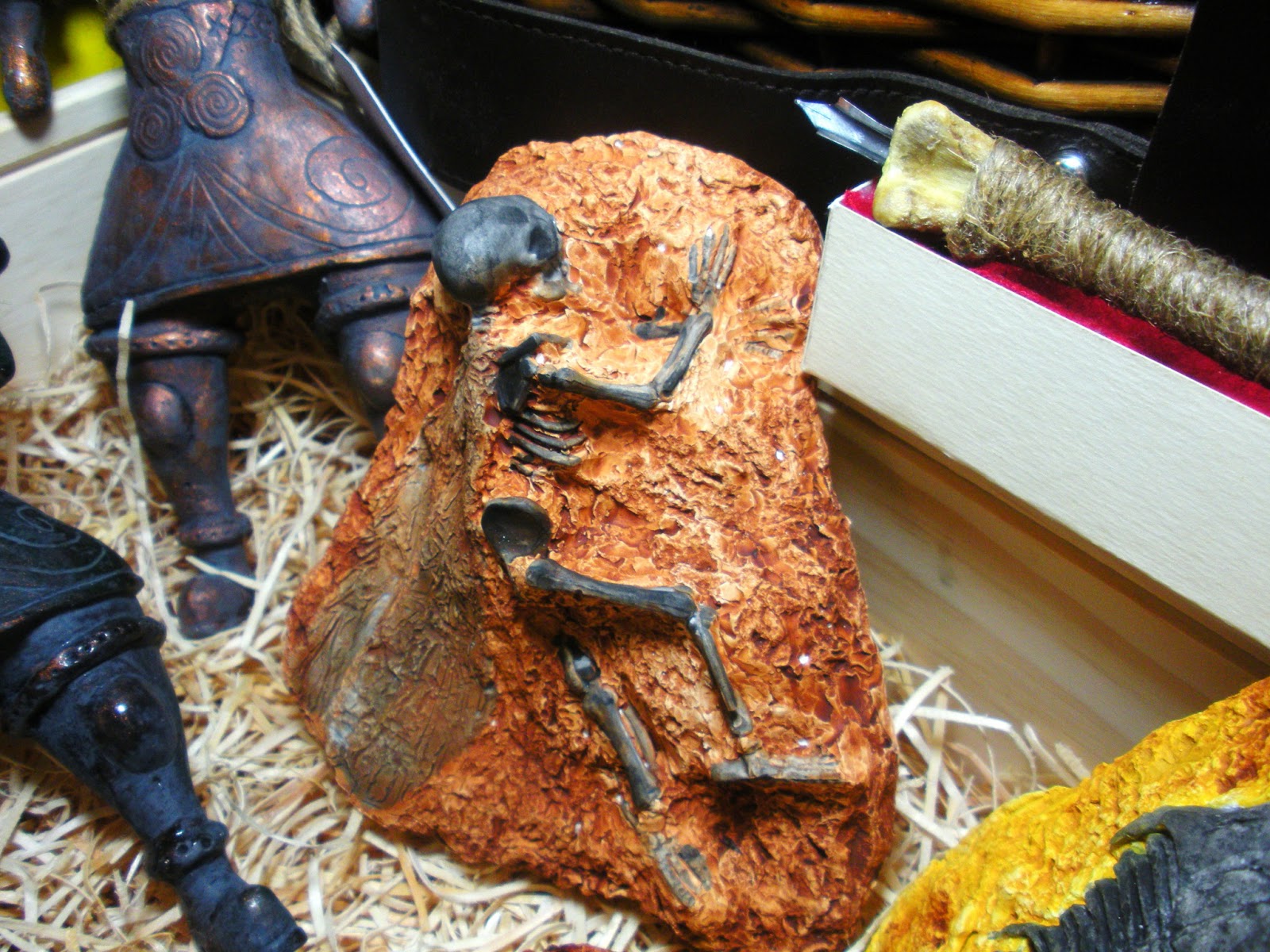 Exeter's only faithful weather lady has joyously informed me that the few lonely blooms are no joke. We have achieved three days straight with out rain. The shadowless grey of this good Thursday is doing it's best to hide that spring is here. I smell paint, glue and various art and craft surplies in the air. Right across this little town artisans of every kind are wrapping up the last of the fresh work and counting their change. Thanks to the good folk at No Guts, No Glory, Handmade Arcade is back. 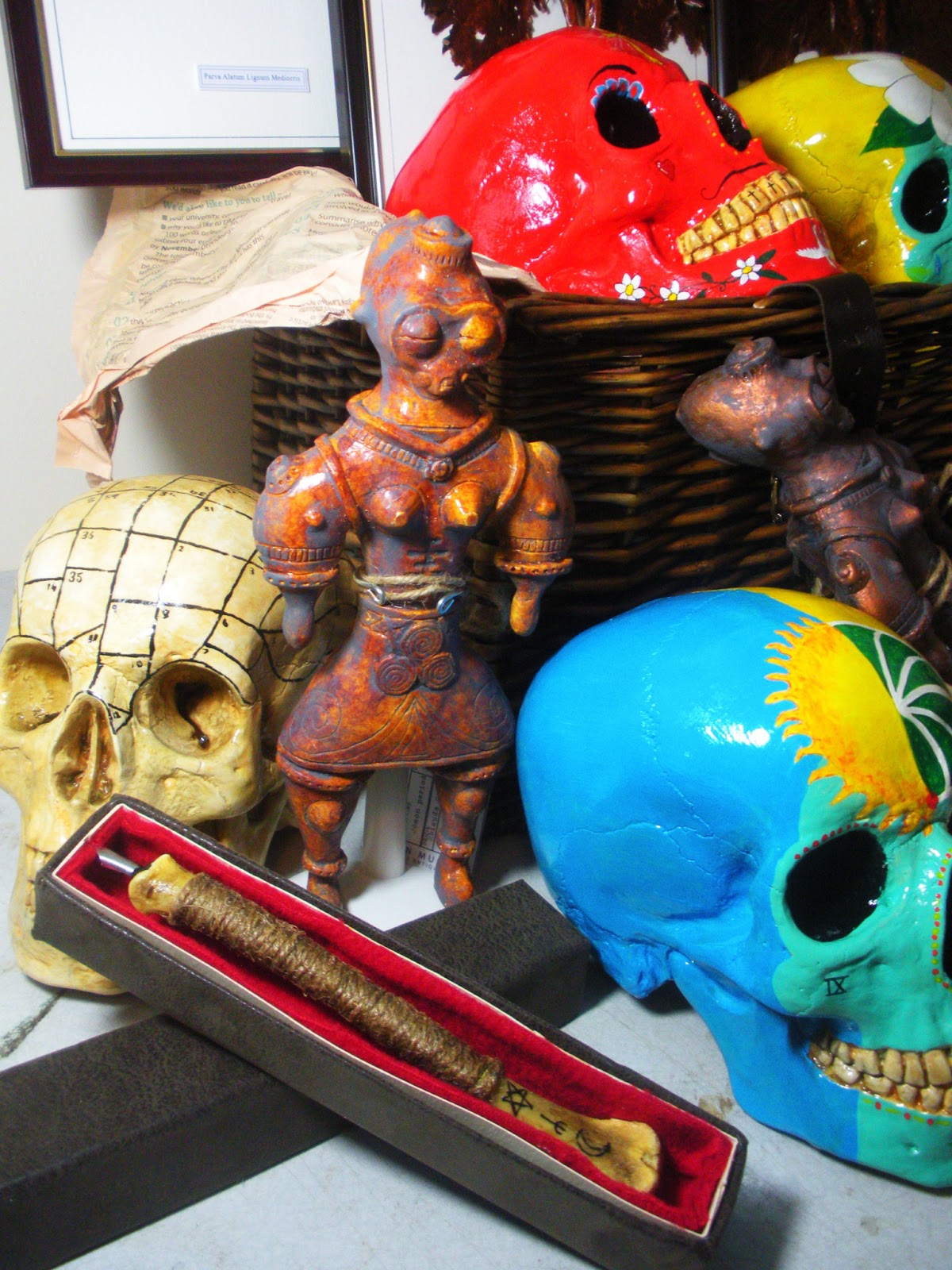 Myself and lot's of other interesting and far more talented crafters will be dragging our rag tag selves to the intimate, ever changing and fiercely interdependent McCoys Arcade on Fore St on the 2nd of March for some live music, friendly chin wagging, a hot brew or seven and some good ol' style handmade goods of every kind. 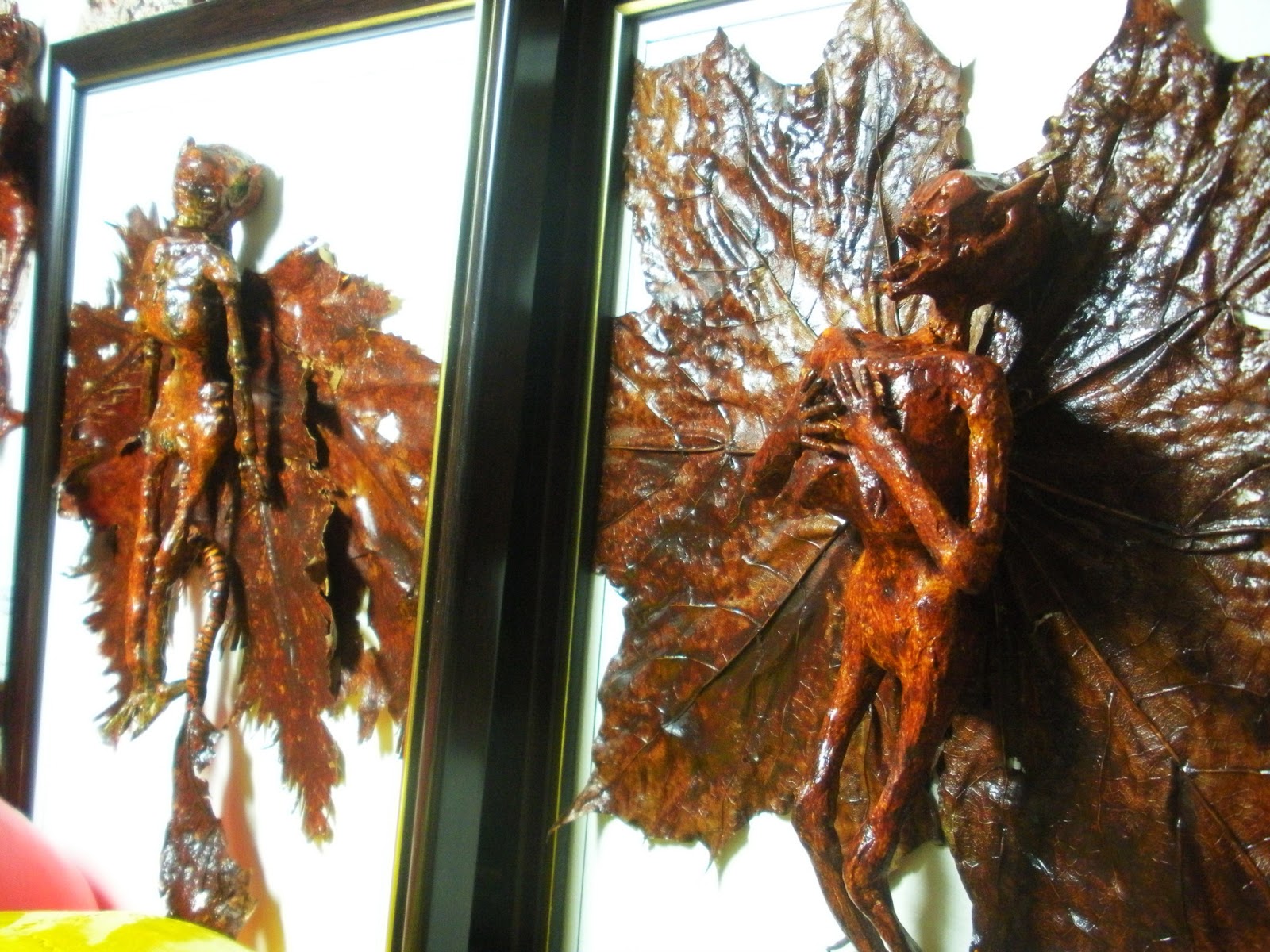 I know a few of the people who will be having stalls but I'll let you all know when I find out a bit more gossip. Pop on down and say. 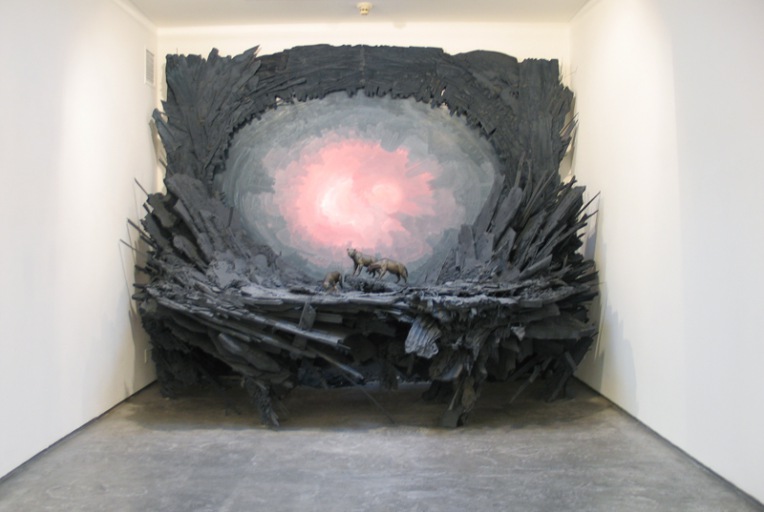 Every six or so months I go looking for a photography book I saw once containing 1950s domestic scenes of "housewives" and "gentlemen" nursing and entertaining bizarre alien type creatures. I can't find it anywhere, it's driving me crazy. During a google thrashing session about a year ago looking for it, I found Richard Stipl. He kicked my arse. 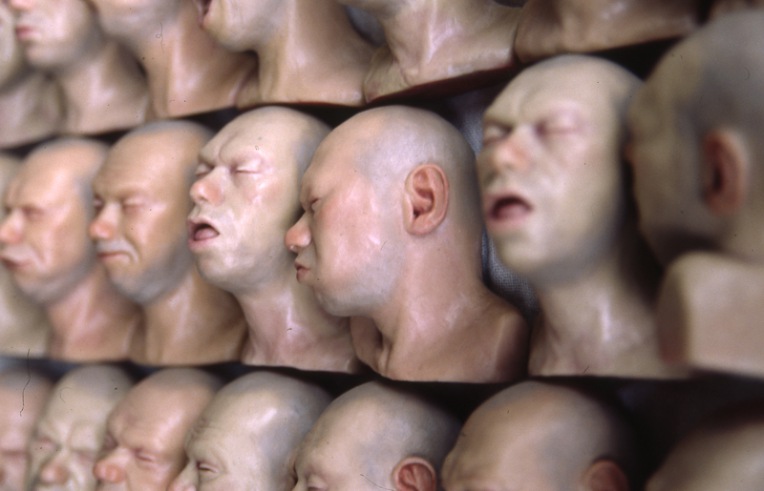 Stipl was born in 1969 in Czechoslovakia. His family escaped the Soviet forces to the refugee camps of Austria during 1979. It was after a short, but no doubt impacting, stay they moved to Toronto in 1980. He attended the Ontario College of Art and Design from 1988 to 1992 and until a few years back was primarily a painter. His current work consists of wax figures or heads in various groupings or singular. The term for this style I guess is hyper (sur)realism but Stipl's work is very much a departure in this genre. 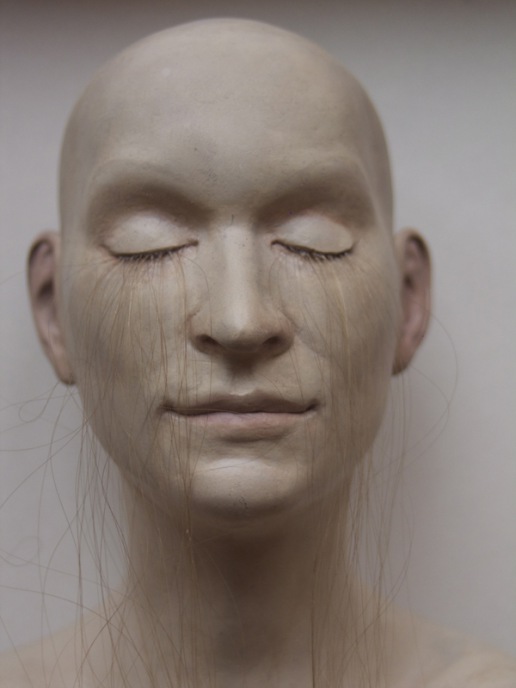 Obscene sized or cross-species/genetic hybrids are bread 'n' butter now. Although impressive and close to my heart the clock has been ticking for the hyper clique but the usual suspects seem to care not. Stipl for me is different. Hyper to the extreme and his skill here is coveted for sure. Somewhat backhandedly his own website states "Stipl stands apart from his contemporaries through his uncanny ability to breathe a vital and invigorating “life force” into his art works, regardless of media". I think there is more to him than this skill. It is his surrealism for me that sets him apart. His interest is the human form. The real one. The one we see and the manifestation of the one we don't. It is not imagined or theorised. Implications of setting or future are of no interest. We see now, like it was an explosion burning your face and eyes. 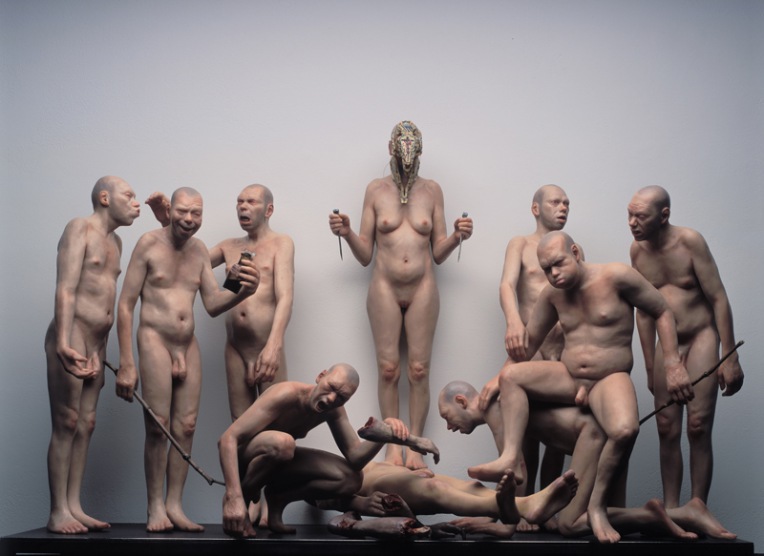 Quarter scale lives battle their own souls oblivious, shameless, in public. Their concerns hide us. We are, in-turn, faced with no choice but the uncomfortable show of the most private of moments. The rabid nature of confusion, the awkwardness of image. The physical manifestation of personal thought turns these souls to beasts and gods, among chaos for extended seconds. 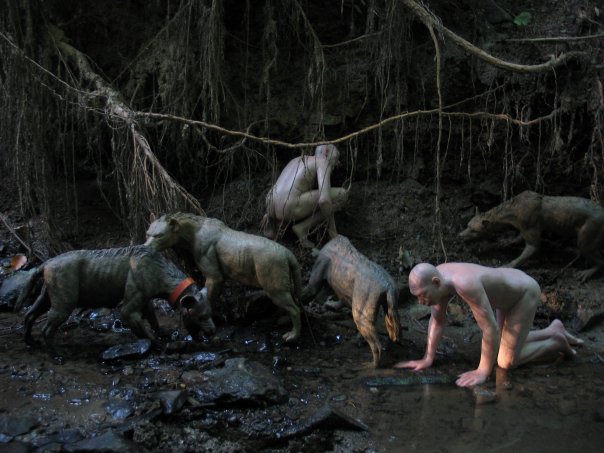 I had night terrors as a teen. They slowly leak away from the already awake mind but the crossover stays forever. Richard Stipl has lived a long life for a young artist. I wait for the day I'll be able to see his work in the waxy flesh. Until then I'll die every moment. I wonder what it will be like to be faced with myself. 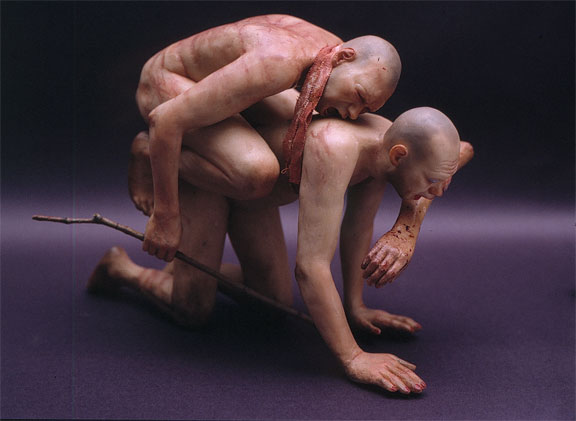 Click here for Stipl's web page. I hear a .com is on it's way. 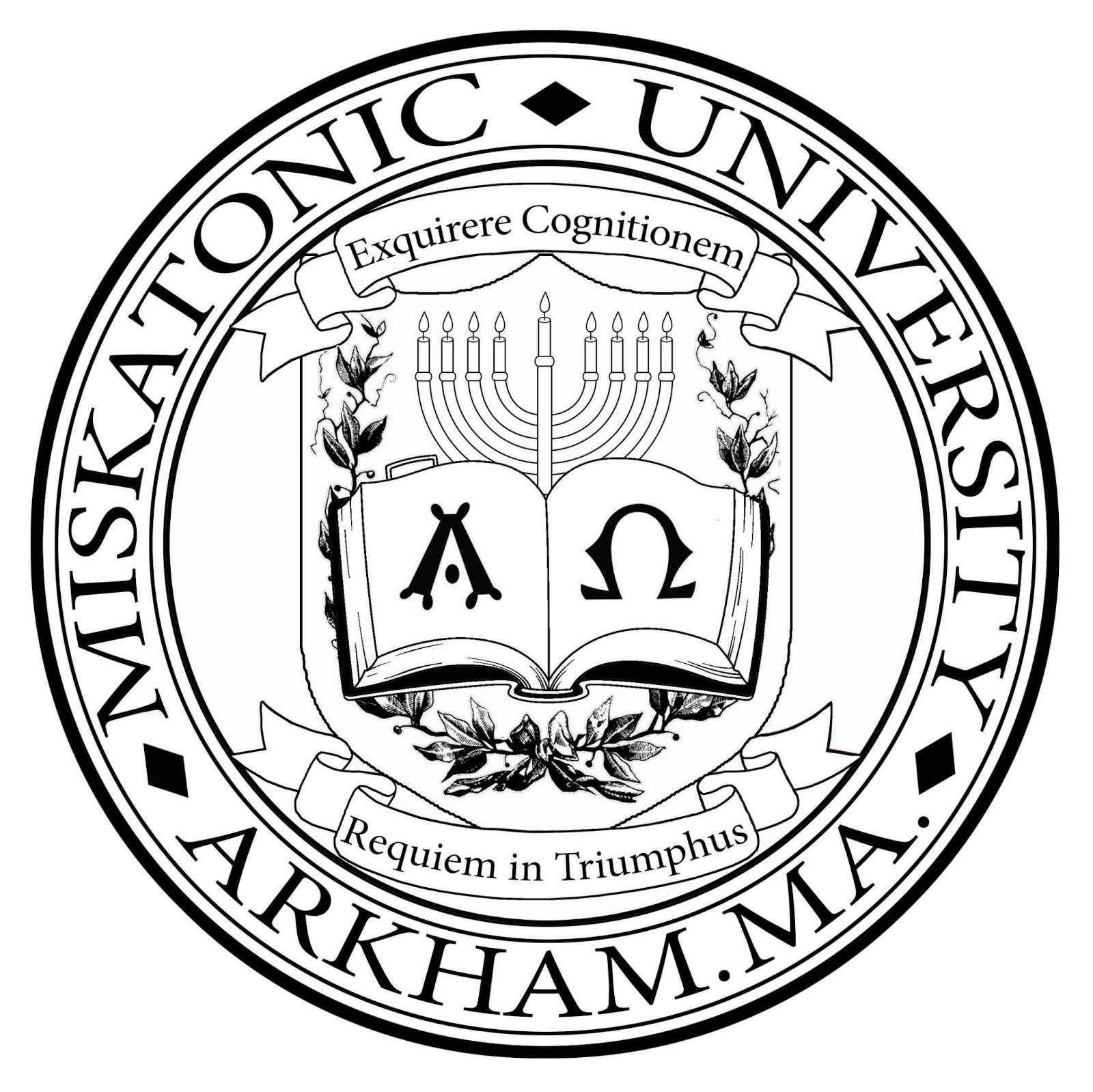 Just finished a couple of versions of my Miskatonic University Seal. The dark version is in my opinion a little more of a modern take. This is produced by the Uni's secret society fraternity. The lighter version is a little more traditional although I think the font is still slightly mismatched. These are Part of a project I've been working on for a while. I'm afraid it still has a ways to go but feel free to enjoy these under creative commons licence. 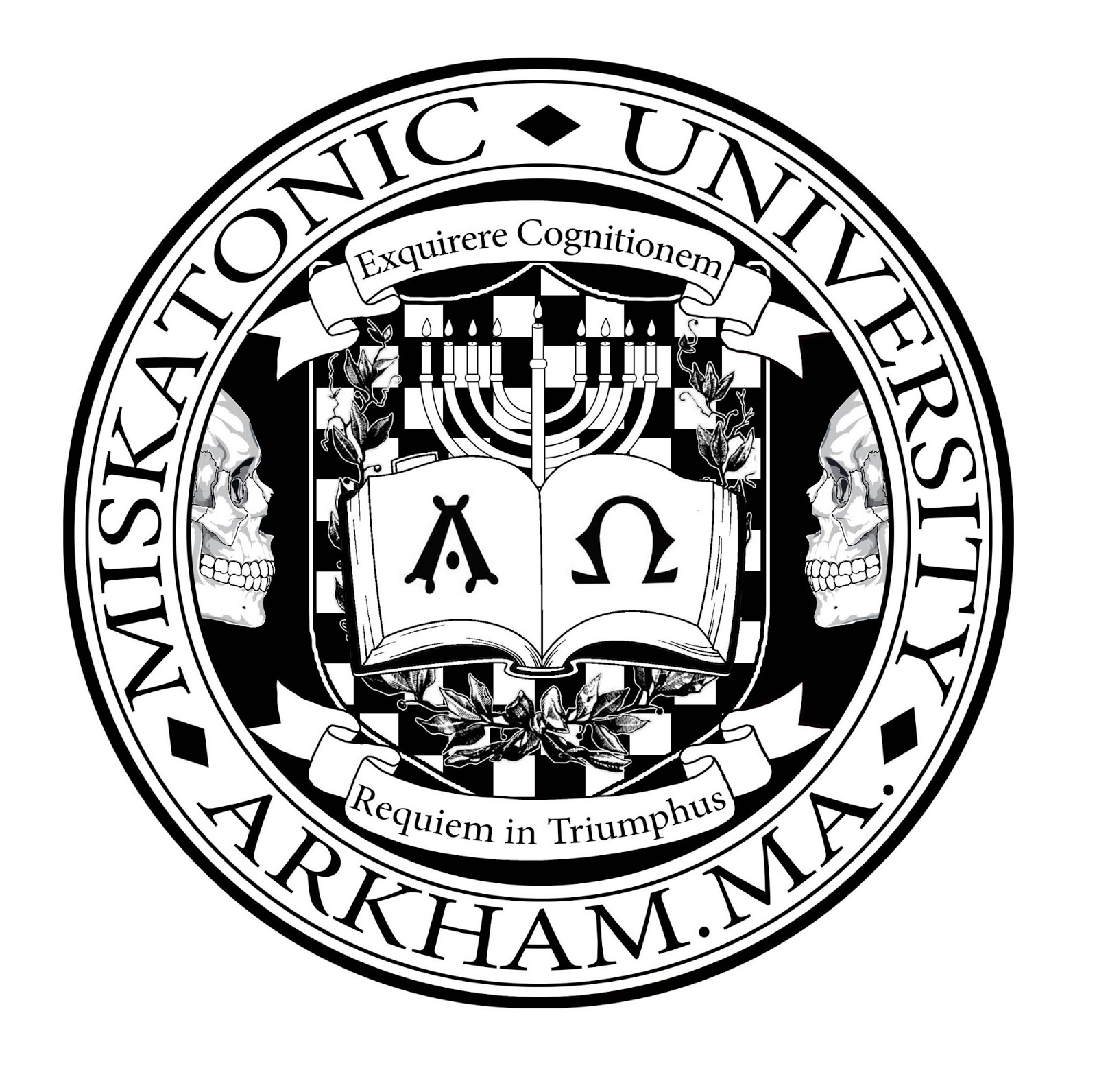 Update- So after a little more playing around this is the new seal for my secret society project. I've swapped out the stripes and gone with a checker board for a masonic feel and ajusted a few other things. I'm happy enough with it for the moment but the finishes item will be a little different still. The motto will be changed and the Miskatonic University Arkham will also be replaced with the society name. I'll keep that under my hat for the moment but things are moving along.
Posted by Barry John at 09:33 4 comments:


One has to enjoy a good story. Si non è vero è ben trovato. I can't help but love the ancient aliens theory. At best Eric von Daniken has cracked wide open the meaning behind some of the world's greatest mysteries. Huh. At worst created some of the most entertaining books and television series I have had the laugh out loud pleasure of enjoying. Not unlike cryptozoology, the ancient aliens ideas are great fun and very infectious. I love they way Daniken ties so many different and seemingly random historical elements together and weaves an epic story of forgotten interaction. My favourite artifact from the theory would easily be the Dogū. Dating from 14,000–400 BC the Dogū are found right across Japan. They are found in many different forms, from animal to human. The heavily stylised designs have been interpreted in as many and diverse ways as the forms themselves. Like many seemingly normal artifacts it is apparent to Daniken and fans like myself that the only obvious reason for these liknesses is alien contact with prehistoric man.


I started mine with a reasonably common Dogū silhouette. Once the general figure was formed I began to add small details. I didn't want them too fine as I wanted to achieve a look of carved stone. I then added cuffs to give the appearance of a suit, boots and a type of head dress. The next step was easily the hardest. I wanted my Dogū to be unmistakeably an ancient alien but at the same time the idea of early man interpreting this mysterious figure had to be apparent. I added a box to the back of the suit and added shoulder straps, as backpacks would be a recognisable device and hinted at some type of powerful force contained by way of a sun carving and thrust coming from the bottom. I tried different types of mask or breathing apparatus and again settled with a mixture of commonly Dogū style eyes with simplified filter type mask.
I've worked on this one for a while now between larger projects and I think this was the best way to go. I've been able to try different details and find a balance of archaic interpretation, traditional sculpture and Danikenian lore.
I have some exciting news coming up on my Dogū so stay tuned. I'll keep you posted.