Wyatt was OK. OK in the decadent American drifter trying to do (right) while self destructing on the highway to hell. We've all been there. The most interesting have anyway. Not that it's a requirement but it helps sometimes to know where the edge is and it makes for a good beer story at the very least.

I've been digging the last few weeks, in boxes of mixed purpose and decision. I've the opportunity in my day job of doing the same but it's very different when it's your own shit. I managed to do it in NZ too and both times have had very different outcomes. I've been looking over a few sculptures, some craft and prop based and one art sculpture. Time away from stuff like this, things you are really invested in, can really teach you things. Perspective is a wonderful thing I guess. Everyone says stuff like that. Everyone knows stuff like that too but the slap of realisation is always a slap. Never softened by experience. Sitting here writing this I'm thinking who the hell am I to be even talking about this? I know shit. Point is anyway, I'm pretty pleased with my sculpture. Dunno when I'll get the chance to finish it but I live in hope. It really was a surprise to hold it, almost like a pair of socks or bottle of beer and then realise I'm holding Grandma's vase. I feel kinda good!

So grab some fresh eyes when you can. This is a personal note so please don't feel I'm preaching. I'm writing this so I can reflect on it when I need to. You see my good family lost a special person in the last few weeks to suicide. It was a hell of a shock to everyone and like most things in life, happened when we are least prepared to deal with it. I had only just left the country so missed the funeral, my chance to grieve and give my support. For the former, I feel cheated and the latter, so very sorry. Seems our young friend needed fresh eyes. It's hard to look into the abyss. Harder still when you don't think you will ever see anything other than. We need to know time. Give it time. Take time. I'm gutted for him and his kin. He was a great guy, brother, son, grandson and cousin. Our family was better for him and now we are not. Please, take some time. Know winter too will break but for summer. Give yourself some time.

As I mentioned in a previous post, I have had the great pleasure of being in New Zealand for three months. As if thats not enough, I met my Lady in Singapore on the way back home to the UK for a tour around Malaysia and Thailand. If you are ever over that way and get the chance, check out Tioman Island. It's off the east coast of Malaysia, about an hour from the town of Mersing by boat (but I would suggest flying in). A stunning and very relaxing place. We also went to Penang, KL and good ol Phuket (a staple for sure but we needed to blow some off). A great time was had.
I thought often of litter on our trip. It is not my intention to criticise any country about waste management, it's just that visiting anywhere as beautiful as these parts of the world ones eye and mind can turn to such things. It's a real distraction to see plastic water bottles and food wrappers blowing along beautiful beaches and icing sugar sand. As a tourist I do my best to leave a good impression of my home country by leaving as little behind as possible bar smiles and tips. Do the right thing out there folks and take it with you or use the bin (as long as it's not over flowing).
To my regret, that leads me to another point. My (old) cellular communication provider has a policy of rather intense recycling. After a period of 70, yes 70 days of not using ones number it gets recycled back into the system. I know what you are thinking. "Wankers!" or "You didn't use a phone for 70 days?" Well yes and kinda. I used a NZ number. 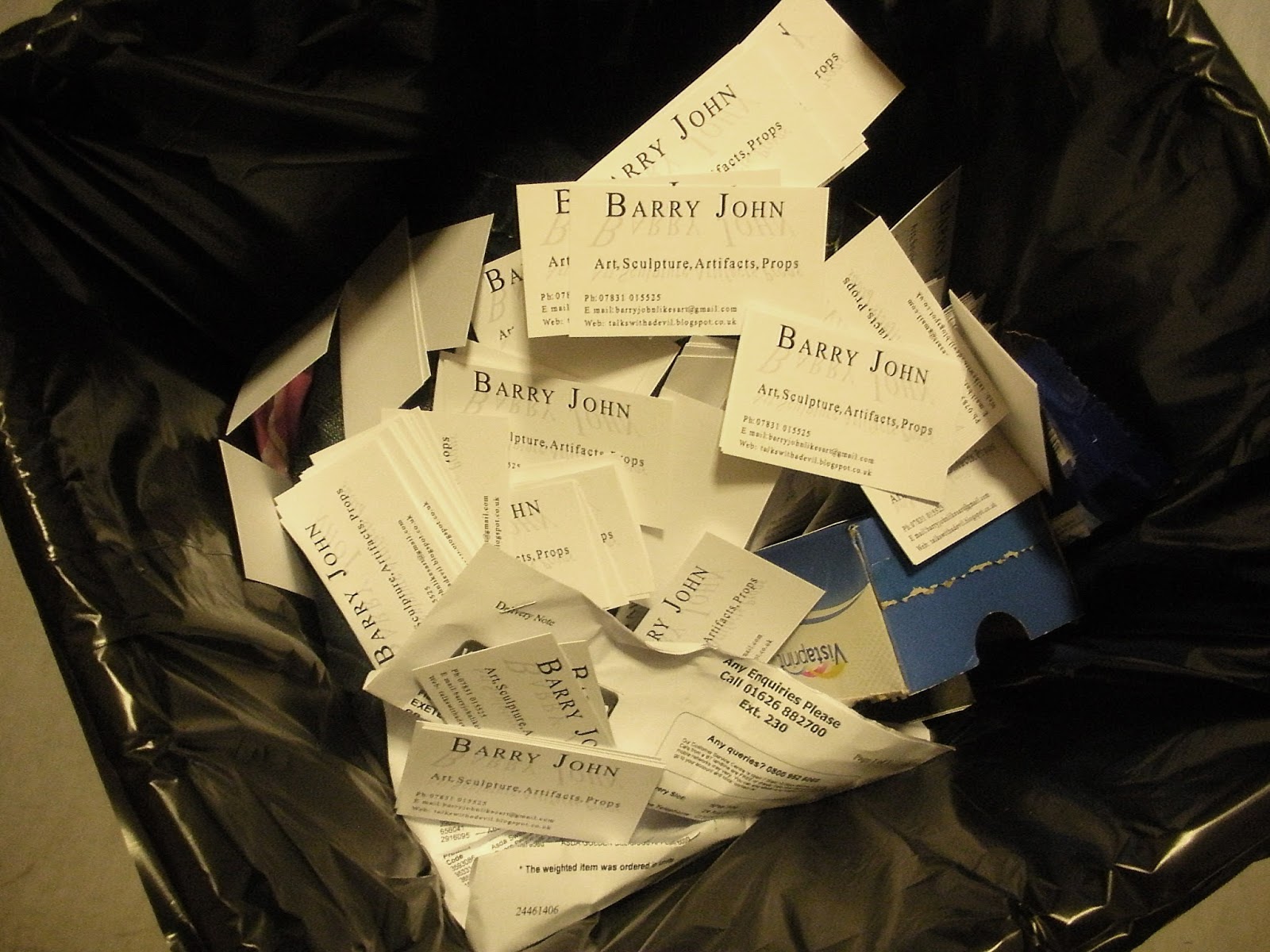 Please feel free to get in touch if you need or wish to order anything. I am available by E-mail at the address contained in my welcome message to the top left of this blog. My sincere apologies for any inconvenience this has caused. Go get some sun.

Email ThisBlogThis!Share to TwitterShare to FacebookShare to Pinterest
Labels: Music

I bet Artist Bill Hammond of Lyttleton New Zealand, has some very informative sketchbooks. Hammond attended the School of Fine Arts at the University of Canterbury from 1966 to 1969 and began exhibiting in 1980. I'm not sure how quickly or warmly Hammond was received but he surely seems to be a powerhouse. His early work still seems contemporary. The cubist/tribal/surfboard cartoons of the 90's pop culture surely must have been schooled by Hammond in some shape or form but he still very much transcends it.

Bank Video is an earlier work depicting a rather violent scene in comic book style. These 1980's works were painted on metal, wallpaper, canvas and Holland blinds. It seems Hammond was reckless, desperate, almost exploding to produce. I've always loved diverse use of materials and believe this slight disregard of tradition or forced audience re-focus is a clue to Hammond's concerns and to his credit. By 1991's Modern Day, one of the last of these works, his style had begun to change. The background and foreground had merged reminiscent of Japanese vase paintings.

I first became aware of Hammond by a truly modern way. Channel surfing while bored, flatting, broke and idle. Hammond was the focus of discussion on some daytime/morning lifestyle show. This must have been around 1996 and the work I remember was Icarus. The "Placemakers" series/ideas was the result of a trip to the Auckland islands in 1991 and Hammond's interest in Walter Buller's "A History of the Birds of New Zealand".

Obviously I'm no P.h.D. so my ignorance will be staggering in its dogs balls likeness but I remember being blown away. I remember thinking, why is there not more art like this. Haunting, blatant. Twisted with a slap in the face. Anti-everything that's wrong but so bloody sweet as to infiltrate the white walls. I for many years forgot Mr Hammond's lessons to me like I do with many others. One sunny day after a young death, a good friend was by my side for a peep talk. Hammond came up. Stories of his work ethic and dedication lifted me and my dear friend set me to sail. This was many years ago now. This past April I had the good fortune to spend a few months in my home town of Christchurch, New Zealand and with another good friend spoke of Hammond. The smell of green hills and the turquoise harbour inspired me like never before.

I talked with friends, artists and musicians. Mused on work, working and process. I freed my old car from storage, drove through the feat that is the Lyttleton tunnel to the port and thought of Hammond. Somewhere among the leafy, broken port, in secret, scribing in a sketchbook. Quite an intimidating thought for a person as short on talent as myself but inspiring none the less.

I love looking at Artist's sketch books. There is something about the note, the ignition of an idea. I love to try and interpret the reminder. Elements and composition imagined and tested. It's comforting also to know others do and sometimes must perform these tasks. To me, it's also a very intimate experience between it's author and viewer. When faced with a sketchbook, anyone would blush. But it is an honour to be offered to check out what was never meant to be checked out. And always fun.

I put the word out asking if anyone would let me show a picture of their sketchbook. Even if it was just the cover. So I kept an eye on my email. To very much my pleasure, a few very helpful and generous folk sent some in. I was initially a little disappointed to only receive these wo. They are great pictures and in one case I felt very honoured to be sent a variety of images to choose from. But I honestly thought or wanted to get a few more to show you all. It wasn't long thinking about it that I realised what may have happened. I've mentioned here and in the post asking for them that a sketchbook is a very private thing. I guess there is more truth to this than I first thought. I completely understand the reluctance to release into the public domain something this private and I'm sure in many cases, one's secret formula's. None the less these are great examples of how simple and also, how complicated a sketchbook can be. They are also very reassuring in both these respects and this I hoped would be the outcome.

So, here are the images I received. I won't comment on the pictures or work, for it is not my place to do so but enjoy this very private experience. Please click on the image to be whizzed off to the corresponding links provided.

Thank you so very much for sending these in. I really appreciate it.

Grab some paper folks and have a doodle. It's good for the soul.