Left hand and heart of a convicted Witch. 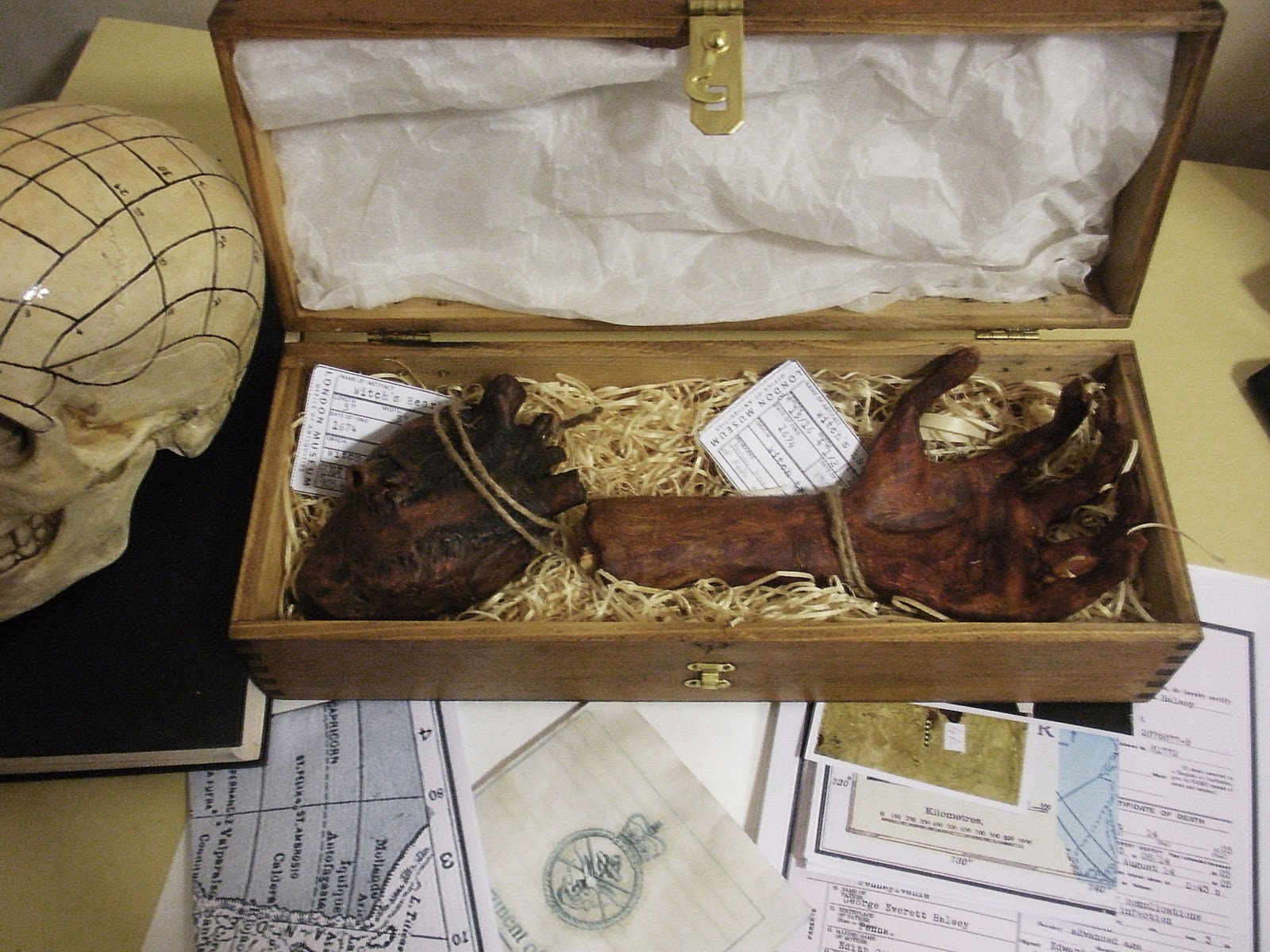 Here is a little prop set I put together from an old wooden box and some odd and ends. Most of the paper props you see in the photos are items I'm collecting for a "From The Mountains Of Madness" set but I think they look good combined here. 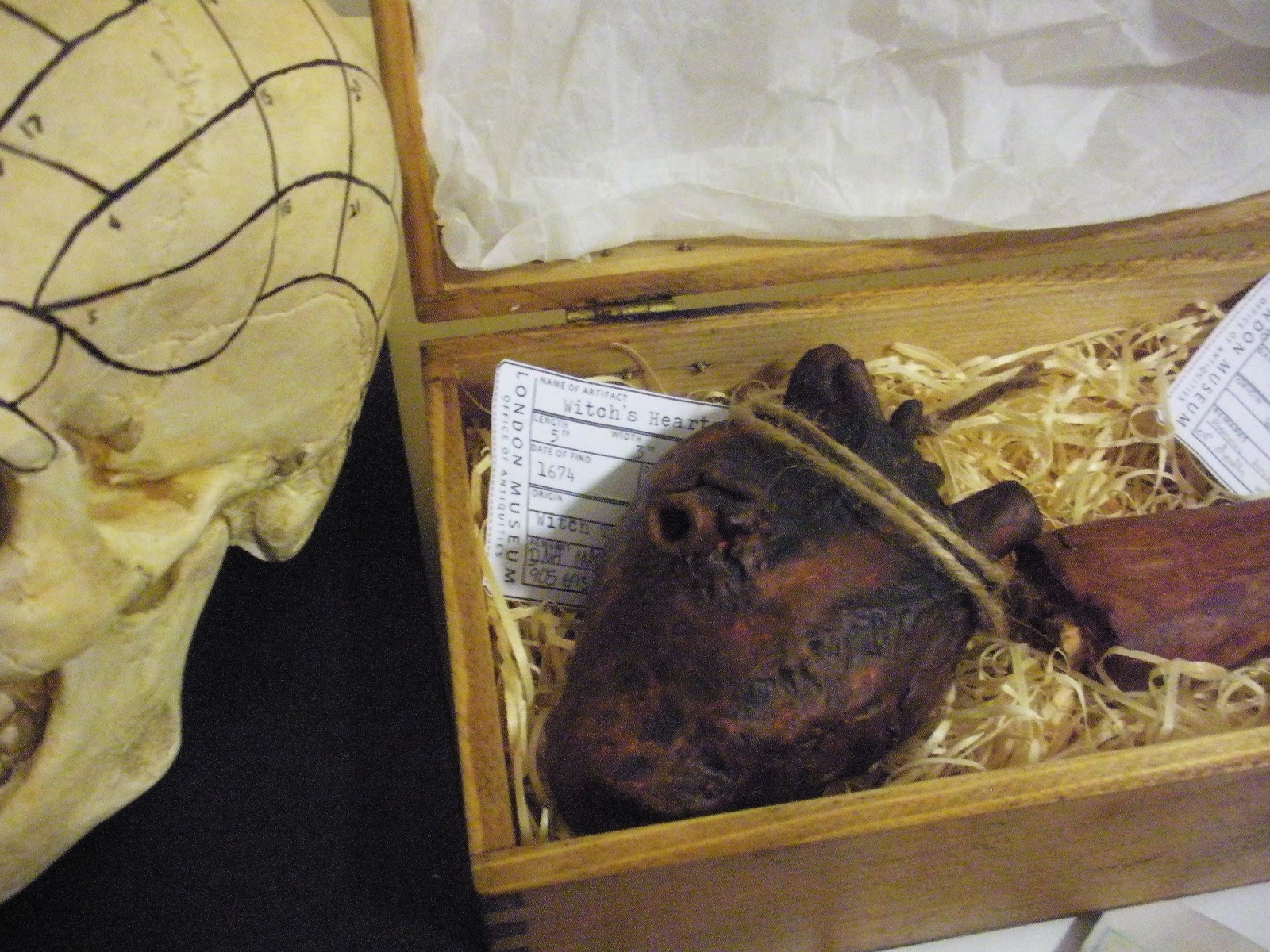 It seems the most famous Witch trials in England were the Pendle witches of 1612. The twelve women lived in the Pendle Hill area in Lancashire and were charged with the murders of ten people by the use of witchcraft. All but two were tried at Lancaster Assizes on 18th and 19th August and subsequently executed. 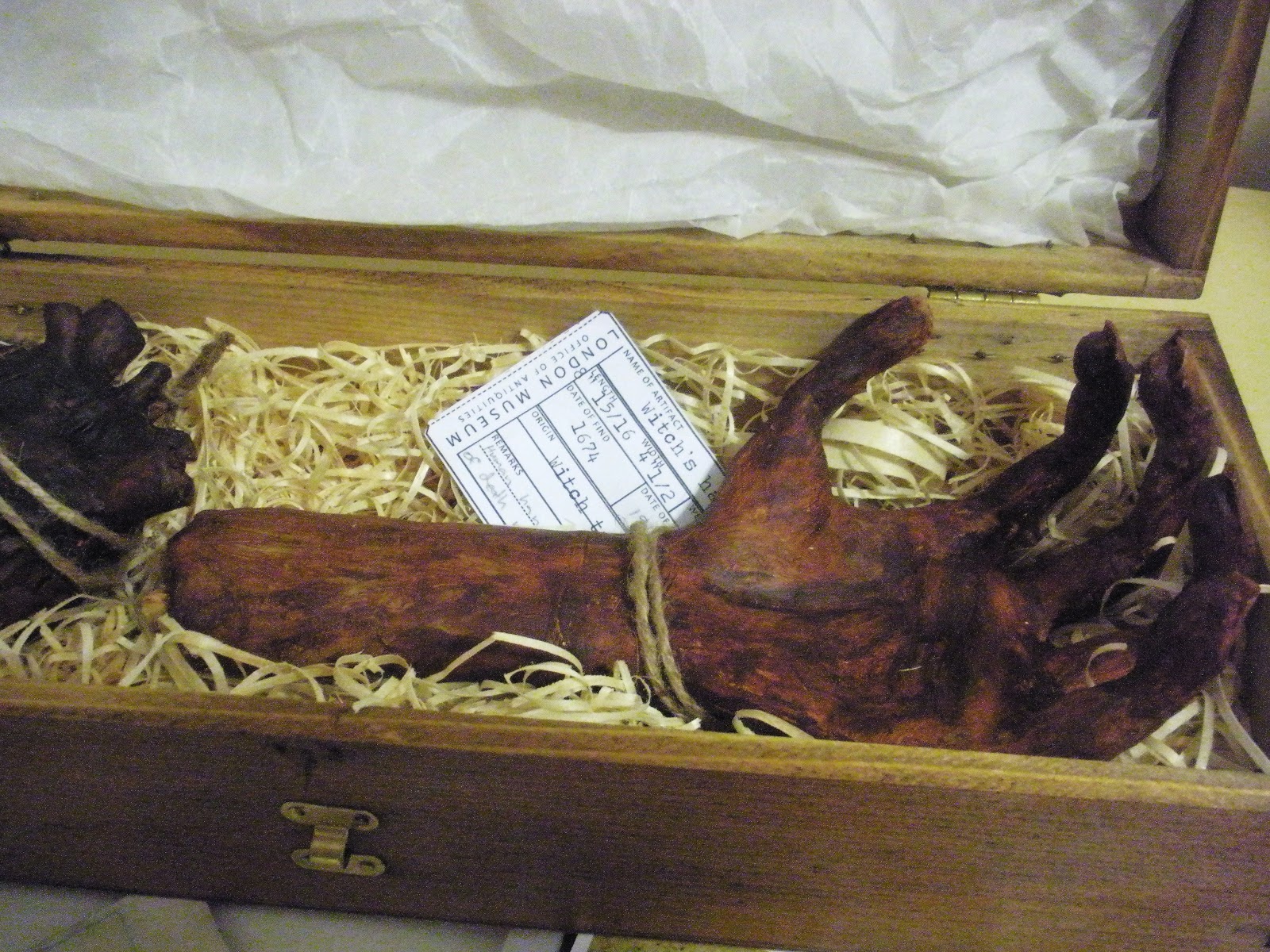 Witches hands were often kept as trophies and good luck charms. Of course eventually "good taste" prevailed and keeping (witches) human hands on the mantle became thought of a little crass. The good god fearing folk then, with little choice, turned their blades to the only other possible accomplice to 17th century evil. The rabbit and his lucky foot. 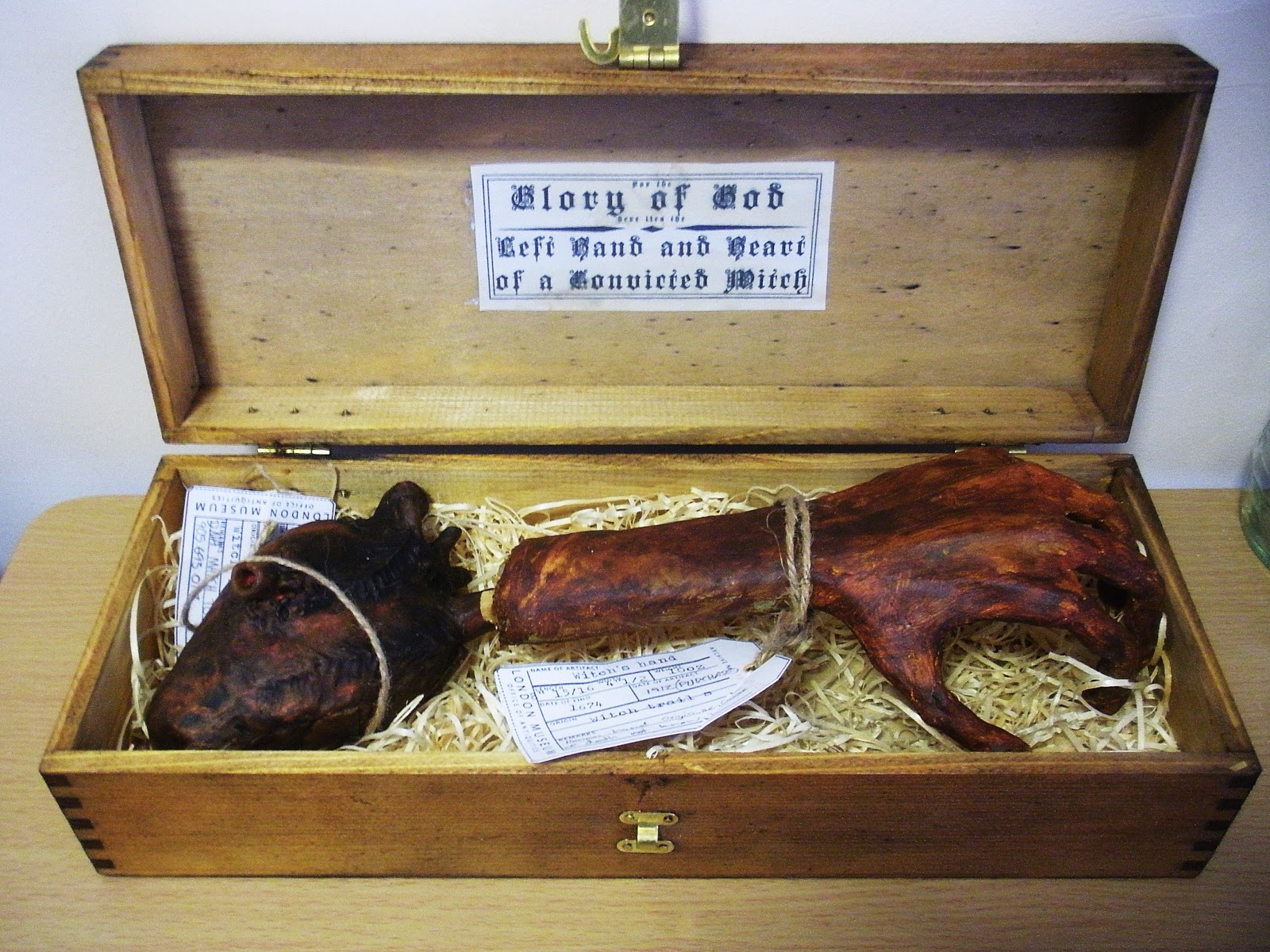 Here's the finished product and the next one is the base of the box. I added another faux museum label and a random worn serial/item number sticker to hint at a bit of trading history.
I'm pretty happy with how this turned out and have a few more mythos style projects in the works including a Lovecraft inspired one I'm really excited about. 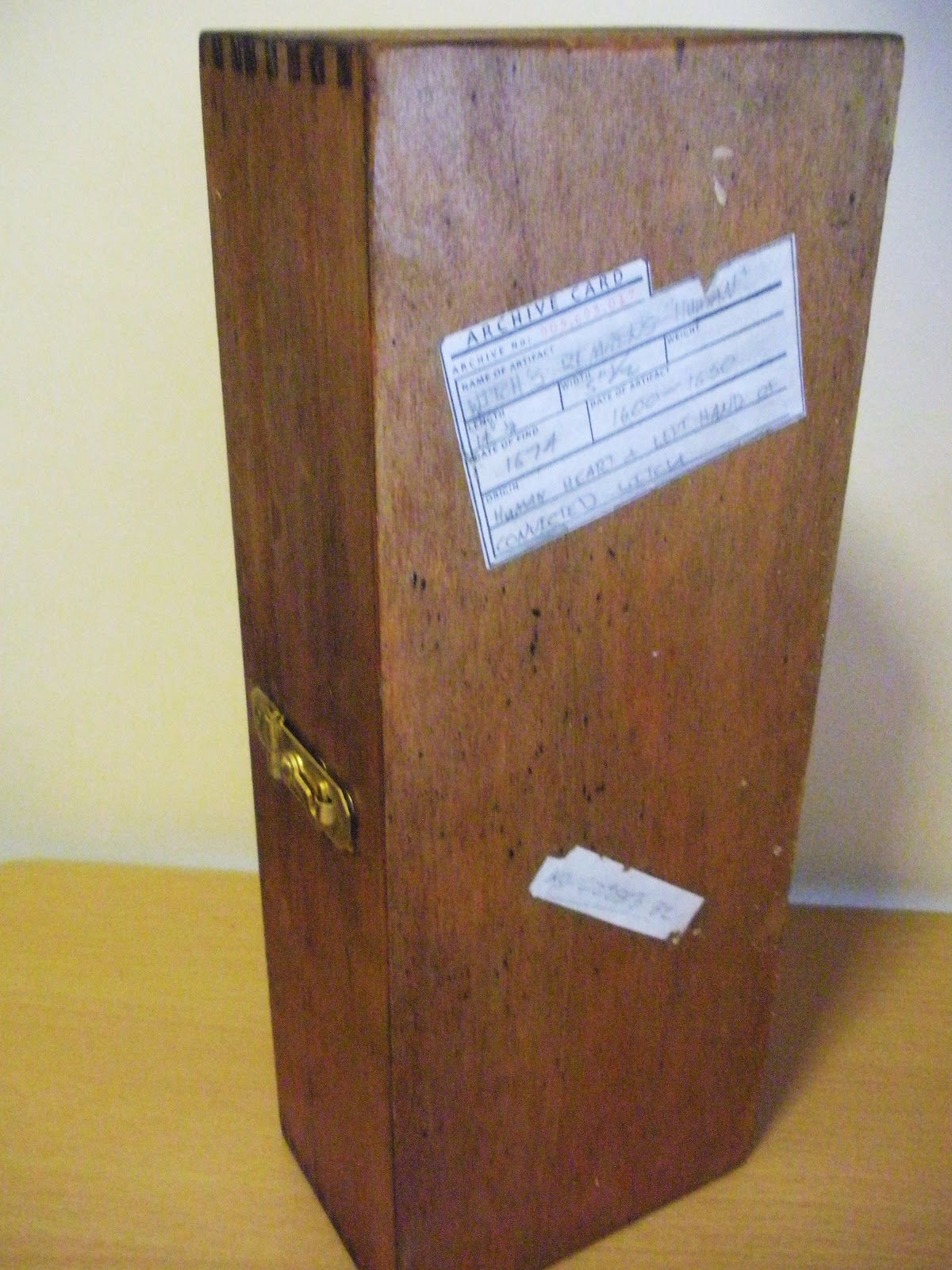